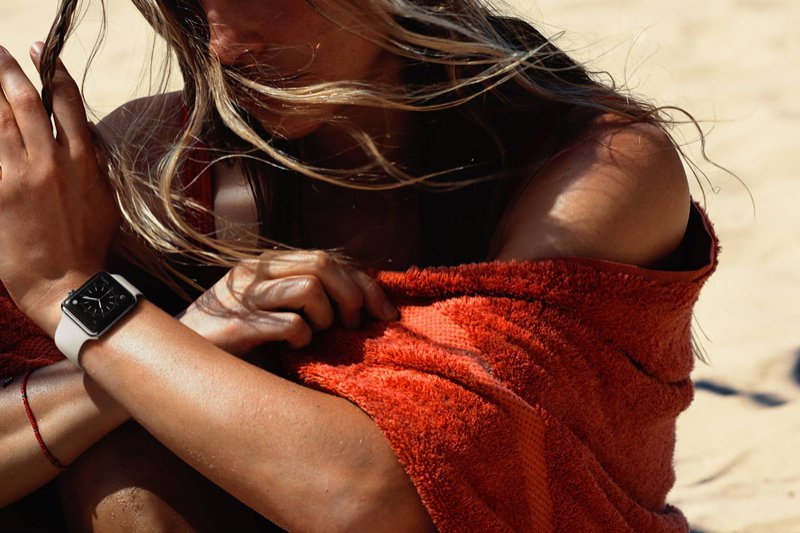 Wearables are the hot topic in technology today. What once seemed like something out of a Star Trek episode is now reality. And whilst Samsung, Motorola and others are veterans (if you could call more than two years in the product category “veteran”) I truly think that Apple’s design and brand-respected clout will be the final tipping point in solidifying this curious new niche as a distinct product line.

The Apple Watch’s gutsy move in positioning itself as a piece of haute couture is indeed a bold move; I have many questions about the longevity of such a device when the ephemeral (technology) is juxtaposed with the eternal (high-end watch design). It seems like a product conceived of contradiction as much as it is a device seeking to bridge two seemingly disparate factions of society (fashion and technology). However, it represents a progression of technology. A powerful progression, I might add: we are on the cusp of transcending the notion that technology exists as a realm separate to the organic body that is us. The Apple Watch’s ideal of being a fashion piece means it encompasses the design traits distinct of fashion: personality, individuality, intimacy.

But even more than that: wearables are a step closer to the assimilation of the inorganic — the world of binary code and cold, calculated lines of coding — with the organic: us, human beings, sentient creatures who have created these strange contraptions. Are we on the brink of becoming bionic? Is it possible that, by following this progression to its logical destination, we can assume that there will be a convergence: that these two worlds will properly collide; that we will become bionic creatures, beings made just as much with technology as we are with blood and muscle?

The singularity theory postulates a point in time in the distant future, called an event horizon. Beyond this point, we cannot predict, using the cognitive skills we have honed over millennia, what will occur next. The idea that we are assimilating ourselves with the technology that we use can be considered as an event horizon. The current state of technological development suggests that this is the case, but I think that if we examine the nature of our current society, we can further understand why this might very well be the eventual outcome of our species.

We live in an increasingly connected world. The Grid rules our lives: we are beings that connect to it daily; it is what provides us with a large amount of our daily intellectual sustenance. We cannot function without the Grid. Our society is hyper-connected, and devices like smartwatches illustrate how reliant we are on the Grid. That such a device exists signifies the ever-encroaching grip our digital lives have on us. Our lives are lived as much in the virtual sphere as they are in the realm of reality. When technology begins to disappear yet exert an even more potent force upon our existence, we begin to step closer towards that event horizon of the bionic being. Technology is beginning to disguise itself. It is no longer taking the visage of a “device that looks like a computer” — that traditional aesthetic is being challenged as microchips get smaller and more powerful, thus making it possible to insert them into devices that we are accustomed to for centuries.

As design becomes invisible, it will allow technology to ingratiate itself far more easily into our daily lives, slowly tightening the grip the Grid has on our psyche. As microchips become smaller and their power more potent, we will begin to subconsciously slip into a symbiotic reliance with the devices and the virtual networks we’ve created. This is going to change society in incredible ways. Everything from culture to politics to economics to the built environment will be affected. One area I’m particularly curious about is, of course, the urban architectonic. How will our bionic beings navigate an architecture of the future? How will our built structures evolve to support the new lifestyle that will emerge? How can virtual reality coexist with the concrete and steel that is so intrinsic to maintaining our human existence at the base level?

One simple device, oft derided and questioned for its very purpose, can have the potential for a significant sociocultural impact. For now, though, we play the waiting game: watching, patiently, as the progression of technology and society slowly merge, an intricate dance orchestrated by a plethora of parameters and the organic ebb and flow of time…