Continuing this week’s theme of DC superheros (read this, this and this), today I’d like to talk about the DC Television Universe. Because this coming television season, we’re going to be treated to a plethora of superhero-inspired television – and it’s not just from Marvel. Indeed, Marvel’s Agents of S.H.I.E.L.D. took its sweet time to get its momentum, whilst DC’s offering, in the form of the CW’s Arrow, had a riveting second season with a welcomed mid-season teaser of their upcoming offering, The Flash.

So what exactly is on offer next season? Along with Arrow season 3, we’ve got Barry Allen’s standalone debut as the Flash in, you guessed it, CW’s The Flash. This show and Arrow will be tightly integrated into what could potentially be a television universe – a rather unique idea considering the current surge in shared arcs for big-budget features by the studios. We’ll get to this later, though. The other offerings are Gotham, an origins tale of sorts for the villains of the Batman world. Incidentally, Bruce Wayne won’t be prominently featured in this series; it’ll revolve around a young Commissioner Gordon and seems like a crime-noir tale, rather than a vigilante/superhero one like Arrow.

Gotham isn’t going to integrate with Arrow and Flash. It’s a standalone series. But with the tightly-connected arcs of Arrow and Flash, here’s what I’m hoping for: that this is just the beginning of a much wider, richer television universe. One where other DC characters (perhaps minor ones) begin to populate the world. Arrow has proven that DC can make a decent television series with their properties. And with an established fan base for the show, there’s an existing market that would be eager to consume more of this world.

What’s interesting to see is how these shows react to the emerging DC Cinematic Universe. Will we see Stephen Amell’s Green Arrow join the Justice League alongside Ben Affleck’s Batman and Henry Cavill’s Superman? I, for one, would welcome this. I think it’d be awesome to see these minor JL characters fight the bad guys alongside these superstars.

We’ll most likely find out how the current television universe fits into what seems like a rather comprehensive cinematic universe from DC, at this month’s San Diego Comic Con.

Along with The Flash getting his own show, and interacting with the Arrow universe, I’d like to see a Nightwing series adaptation. Arrow, Flash and Nighwing could form a potent triad of heroes that cement the DC flag in a medium fast-outpacing the cinematic facet of the entertainment world.

Next season will be the reign of the superhero series. Based on how it fares with audiences, we could very well be on the brink of seeing the television landscape becoming saturated with the superhero obsession much like what’s currently happening in film.

Warning: Spoilers for Game of Thrones Season 4 ahead. Although, being a Game of Thrones-related post means inherent spoilers… anyway, proceed with caution.

I recently started watching Game of Thrones – particularly out of intrigue and the pressure of wanting to find out what the hell it is that my friends are raving about each week – from their horrified recounts in the aftermath of that episode (“Rains of Castamere”, S3E09), to the constant skirting of certain book-reading watchers who are about to let slip an accidental spoiler.

So I began watching this show. And suddenly transformed into a Westerosi myself. I knew vaguely what to expect in some of the series’ key episodes – I wasn’t as surprised by the Red Wedding as most uninitiated non-book-readers were, for example. But I still experienced that sense of shock and horror at such a gruesome visual, visceral rendition, where everything from the acting to the mis-en-scéne to the music ensnared my attention.

And then Season 4 began. I was finally on-par with my Thronian friends. We were able to discuss our disgust at some favourite characters’ treatment, our glee at the deaths of other deeply-hated ones, and skirt the book-reading friends together. Which was fun. Season 4 was awesome, in true Game of Thrones quality-television style. Each episode carried the gravitas, beauty and action we’ve come to take for granted from this show. Until we got to Season Four, Episode Eight: The Mountain and the Viper.

This is where I learnt my lesson. You see, being a GoT fan requires a special skill-set. You can’t mindlessly rush into the franchise and start picking your favourite characters. In fact, the first rule of Game of Thrones Fandom is You Do Not Have Favourite Characters. Because Mr George R.R. Martin is a sick bastard. He kills characters ruthlessly.

This season, we were introduced to Oberyn Martell, the most badass character on television during those eleven-odd weeks that Season 4 was on-air. The entire Westerosi Fandom was rooting for him (well, us non-book-readers, at least). I was rooting for him. He was wronged by those horrible Lannisters. He was carrying a crimson vengeance. He was out to take names and kill some bad guys. This is the stuff epic stories are made of.

And then he has to go and die. And not just die, but get totally obliterated in the monist gruesome, gut-wrenchingly shocking manner possible. Seriously, are they even allowed to show stuff like that on television??

When “The Mountain and the Viper” ended with that sickening tracking show out of the fatal arena, and the credits began to roll, I could do nothing but just sit and stare at the screen in utter disbelief.

That’s the raw power of a cult show like Game of Thrones. It draws its audience in, makes them invest their attention and emotions for particular characters, and then wrenches them away from you. It’s brilliant storytelling, really. This show (and its enigmatic author, Co-Executive Producer and sometimes-writer-of-episodes George R.R. Martin) has the guts to do stuff that other series can’t even dream of doing.

And whilst we were made to feel bitter at the series’ creators and author, and take to social media to rage about what we witnessed, the season’s finale truly made up for it. Season 4 ended with a powerful set-up for the next ten episodes (a whole year of waiting! Say it isn’t so!), and an emphatically positive arc with some spectacularly beautiful moments (Stannis Baratheon aka “Stannis the Mannis” charging on the wildlings, and Daenerys’ and Arya’s story lines in particular).

I’ve learned to distance myself from the characters, yet in doing so the irony is that I’ve become even more invested in the series; Martin has created a richly textured world of political intrigue, fierce feuds and elements of fantasy that make for compelling consumption in both words and visuals. Whilst I’m hesitant to read the sprawling books for want of keeping the mysterious aura of the television series, I can’t help but delve into the wiki pages and fan-made social media streams to immerse myself in the Thronian culture.

So when Season Five comes a-knocking on my television time, I will indeed be better prepared, because, after all: the First Rule of Game of Thrones is You DO NOT Get Attached To Any Character or Being. 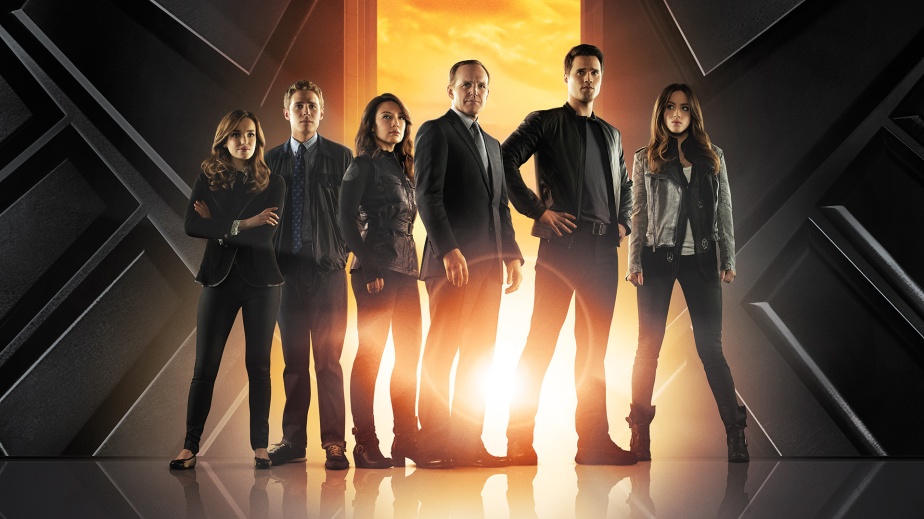 I’ve written before about my impressions on the latest turns in Marvel’s Agents of S.H.I.E.L.D. series. It started off excruciatingly slow, with the mission-a-week plots becoming repetitive and boring. But now we all know that this was simply a ruse, a setup of layering in anticipation for the tentpole movie that is Captain America: The Winter Soldier.

Agents of S.H.I.E.L.D. itself began following the aftermath of the “Battle of New York” which happened in The Avengers. So essentially, this series revolves around these major Marvel movies. My question, then, is can Agents of S.H.I.E.L.D. stand on its own? It took a major picture like The Winter Soldier to reignite the fires of the show, and the last few episodes of Season 1 are indeed explosive and riveting. But that’s mainly because they’re running off the momentum of the film’s events.

Marvel has the opportunity to revolutionise the television aspect of comic book adaptations, similar to how they changed the game with their Cinematic Universe and the Avengers films. Could Agents of S.H.I.E.L.D. become a major Marvel property like the films it supports? Or is it merely relegated to the support-side, to maintaining fan interest in the studio between the major films?

If Agents of S.H.I.E.L.D. continues this trajectory of just augmenting, and not significantly impacting, the Marvel Cinematic Universe, then I fear that the momentum of this show will surely decline to the point of non-existence, that the show will return to its Season 1 beginnings…

Screenrant had an interesting post about the possibility of Season 2, and how the creators plan to close-off this current season:

THR spoke with writers and executive producers Maurissa Tancharoen and Jed Whedon about the “growing pains” (Whedon’s words) of the series, the response from fans and critics and the plan going forward now that they are preparing to shoot the season finale. Are the planning for Agents of S.H.I.E.L.D. season 2?

“Tancharoen: We have a board going right now. We just don’t have a season two yet. But we are planning on it and at the end of season one, we are tying a lot of things up as well as teeing things up for a possible season two.”

If season one is the all fans see of Agents of S.H.I.E.L.D., will the finale wrap things up nicely to ensure the story feels complete?

“Whedon: No, you’d be so desperate to see another season and you’d be sad. It’ll definitely be a satisfying season finale but we definitely are teeing up stuff to come.”

So, if they end up with a second season, there is great opportunity to really establish this show as a major player in the overall MCU. With Joss Whedon at the helm of Marvel’s Phase 2, and his involvement in the creation of Agents of S.H.I.E.L.D. the TV show, we could potentially have a more tightly-integrated television and film experience. I, for one, look forward to seeing characters like Skye, Fitz and Simmons appearing in a major Marvel film. Conversely, Marvel Studios has the opportunity to cement Agents of S.H.I.E.L.D. as another impactful asset in their overall MCU. Let’s hope that #ItsAllConnected will continue into a season 2 of Agents of S.H.I.E.L.D. and Phase 2 of the Marvel movies.